Museum Mayer van den Bergh has around thirty prints designed by Bruegel. He became famous for his prints, only taking up painting later on...

Prints were particularly important in Bruegel’s time. They were how images were distributed, and can be compared with the role of television today. The Antwerp print publisher Hiëronymus Cock was the European market leader in Bruegel’s day. Bruegel collaborated intensely with him from 1554 to 1562 and later on. Cock’s business model was new. As a publisher, he relied on a network of mainly freelance workers: designers, engravers, etchers, printers, writers. Bruegel was among the designers.

What did this mean? Bruegel produced designs (i.e. drawings) for Cock’s prints. Others then did the engraving work, and Cock printed and sold the images. Several hundred copies were usually made. Bruegel initially designed landscape prints, a new genre. He made a big impression with a series of twelve Large Landscapes. These were carefully constructed compositions with landscape views from the Low Countries as well as France, Italy and other places. Bruegel’s name was immediately made. He was known for his very precise technique, his imagination, his ability to keep very complex compositions intelligible and his sense of humour.

The landscapes were followed from 1556 onwards by religious and allegorical compositions: a series on the deadly sins and the virtues, proverbs illustrated by Bruegel, such as ‘Big fish eat little fish’, and so on.

Bruegel’s prints in the museum

Museum Mayer van den Bergh owns thirty Bruegel prints. We can show some of these here on the website, but they are not on permanent display in the museum. As prints are works produced on paper, they are very sensitive to light. 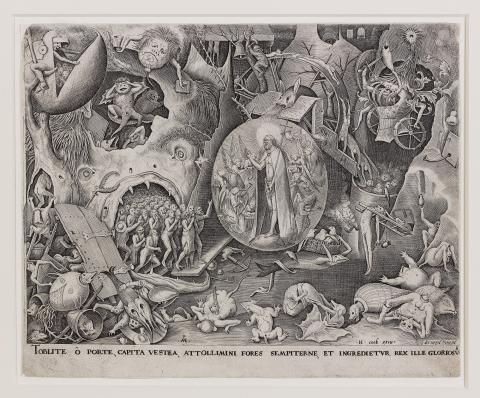 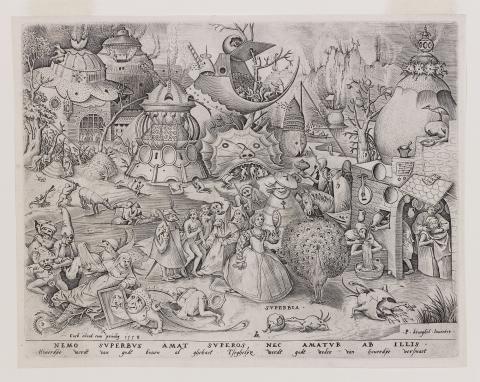 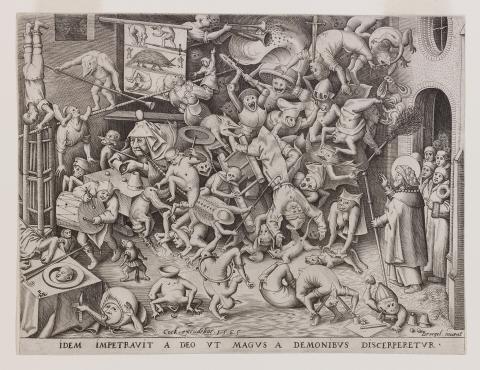