The collector and his collections

As well as 3,100 artworks, the collection also has around 2,500 coins and medals, from Greco-Roman antiquity to the 19th century. Fritz Mayer van den Bergh began collecting these in his teens, and later became a famous numismatist or coin expert. He was often asked for advice, including by the city of Antwerp. Textiles were another of his specialities, and also a field in which his mother took a special interest.

It may seem a strange combination, but Fritz Mayer van den Bergh also sold items from his collection. In fact, he sold off most of his collection in 1891 and 1892. At that time it was very diverse, containing both art and everyday items such as locks and keys, as well as weapons.

Today’s museum collection was therefore put together in less than ten years: between 1892 and 1901, the year of his death. To give another example, having purchased the Micheli collection in 1898, which included a lot of medieval sculpture, he later sold off just under 300 of the 451 items.

Fritz Mayer van den Bergh did not buy his first painting until 1891. From 1892 onwards, his main focus was on paintings and sculptures, and on quality. He was ahead of his time. For example, he focused on artists and periods that were not really considered of interest or held in favour, including medieval Gothic sculpture, the early Renaissance, Antwerp mannerism, and even Pieter Bruegel.

Yet he was also a ‘traditional’ collector with an interest in Italian masters, Dutch painters of genre scenes, landscapes and still lifes, portraits and so on. What’s more (although these are not usually on display in the museum), Fritz Mayer van den Bergh also collected prints and drawings.

‘Applied arts’ is a collective name for those branches of the arts in which the objects once had or could have had a practical function. The term ‘arts and crafts’ is also sometimes used.

Throughout his life, Fritz Mayer van den Bergh collected textiles, silverware, furniture, brassware, manuscripts, porcelain, stained glass and other specimens of the applied arts. In this too, he was a pioneer. And again, he revealed his flair for quality and genuine treasures. A number of objects still belong to the museum’s interior, such as stained-glass windows and historic furniture. 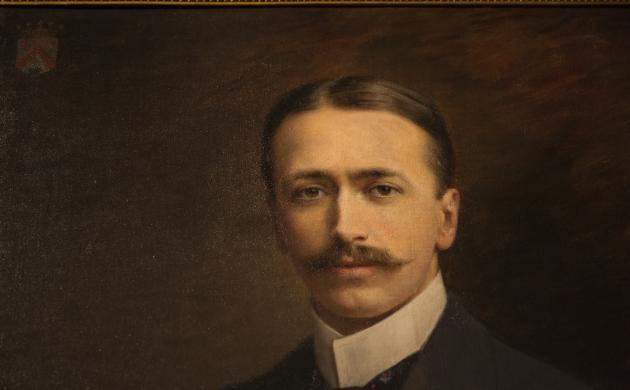